Oxenfoord Castle near Edinburgh has its origins in a 16th century tower house, and the A Listed building you see today is a wonderful blend of the architectural genius of both Robert Adam in the 1780s and William Burn in the 19th century.

From the 1840s the castle has been the seat of the Earls of Stair, but before this time it was associated with the Dalrymple name alone when it was inherited by Lady Dalrymple in 1799. Her husband, John Dalrymple commissioned his friend from the University of Edinburgh, architect Robert Adam, to enlarge the castle shortly after he and his wife inherited it, and so it was that the magnificent building emerged around the original tower house, with the spectacular approach bridge also constructed at the same time.

Sir John’s son inherited the title 8th Earl of Stair in 1840 and set about extending the castle two years later. In 1931, the redoubtable Lady Marjorie Dalrymple, sister of the 11th Earl of Stair, founded a girls’ boarding school at the castle. Oxenfoord Castle School ran for over 60 years until 1993 when the school closed and the castle underwent a major renovation programme under the watchful eye of the Hon. Michael and Harriet Dalrymple. Michael and Harriet have lived in the castle since that time, and brought up their four children here, as well as farming the estate and establishing a flourishing exclusive events venue business. 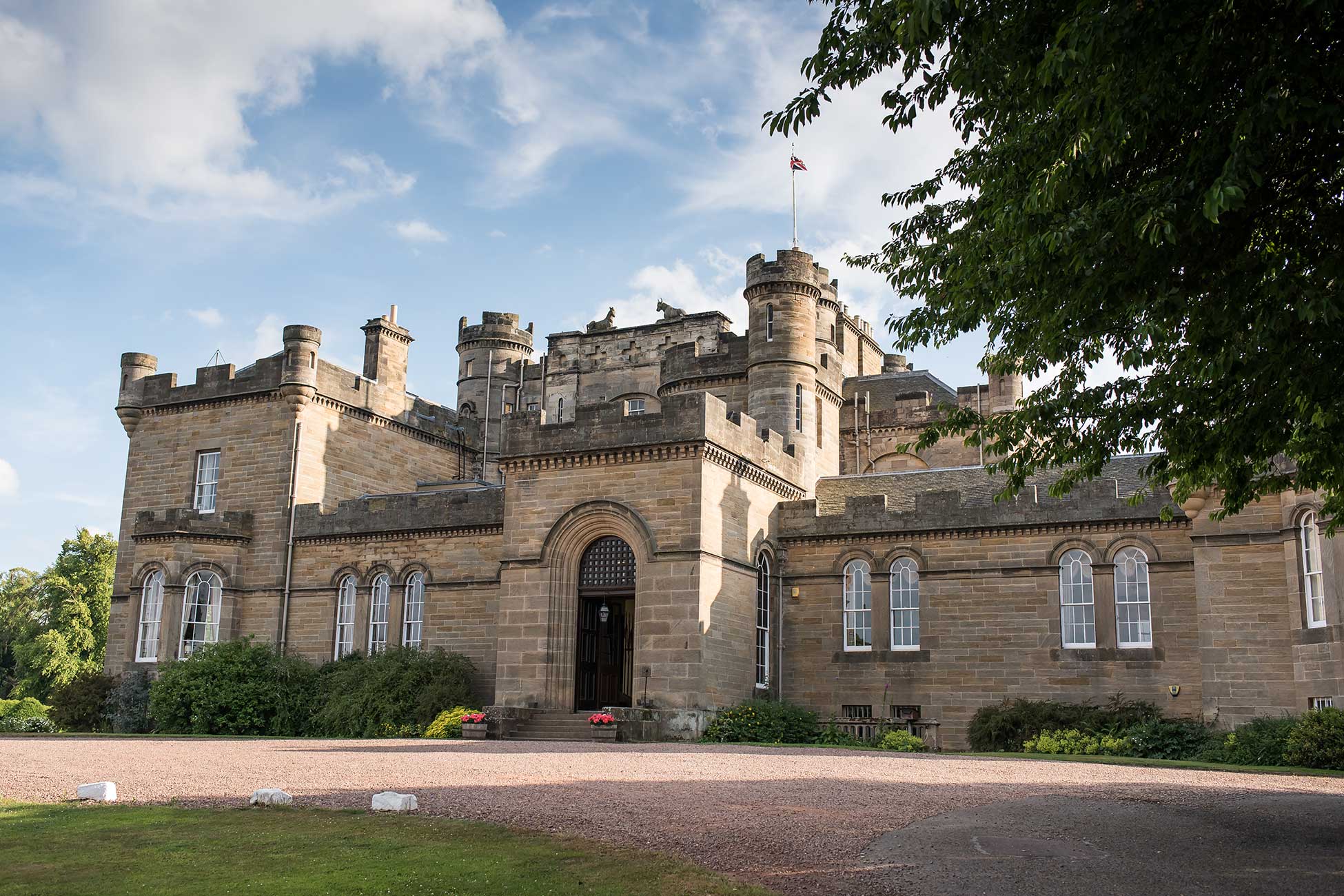 Are you ready to talk?

WE WELCOME ENQUIRIES FOR WEDDINGS AND SPECIAL EVENTS